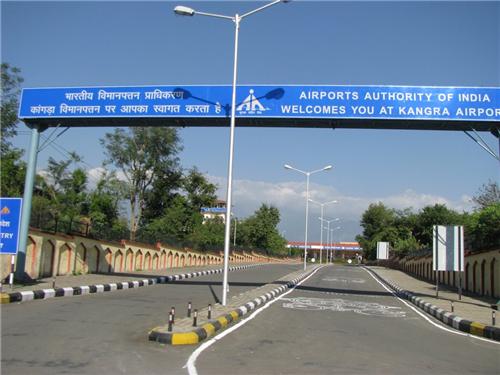 Kangra, located at the foot of Dhauladhar Mountains, is easily approachable by road, rail and airways. Indeed, it is one of the few hill stations that have such a unique distinction.  In this article we will try to look into the different modes of transport in Kangra. Let us begin with the road transport system in Kangra.

Kangra is located on National Highway 88, which runs from Shimla to Kangra. NH 20, which runs from Pathankot to Mandi, intersects this road near the city. There is also the Kangra Bypass Road, which meets the Pathankot-Mandi Road bypassing the congested part of the city. With such an efficient roadway system, it is natural the city will have an efficient road transport system. 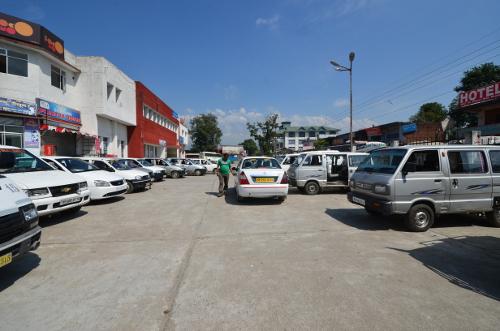 The main bus stand in Kangra is known as the New Bus Stand or ISBT. It is located at Adarsh Colony on NH 88. Many hotels as well shopping destinations are located close it. The Brajeshwari Temple is also within walkable distance from this Bus Stand.

Most of the buses plying through Kangra bus stand belong to Himachal Road Transport Corporation run by the government of Himachal Pradesh. It has an advance booking counter located at the Bus Stand.  Tickets are generally offered one month in advance. However, on-day tickets are also available. For any query, one can call them at 91-1892-265129 and at 91-1892-264948. Tickets for the HRTC buses are also available online. However, do not be disappointed if you find all tickets book. Not all seats are offered online; you may still buy tickets from its counter at the bus stand.

Other than HRTC, buses belonging to Punjab State Transport Corporation are also available from Kangra bus stand.  They mostly ply between Kangra and Pathankot. Other than that, there are number of private service providers who ply regular long distance buses from Kangra. Luxmi Holidays, for instance, run two buses from Kangra to Delhi on daily basis. Depending on type of buses, they generally charge Rs. 1170 and Rs. 1325 for a one way journey.

Travelling by Rail to Kangra 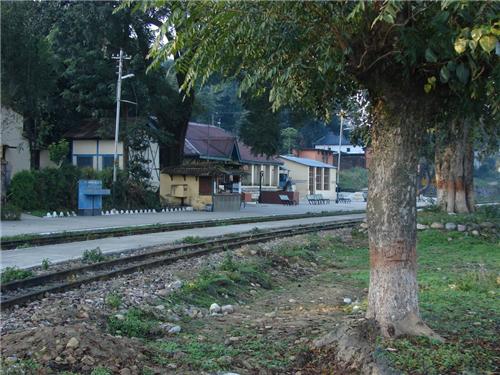 Kangra is also approachable by Kangra Valley Railway through narrow gauge railway network. The service starts from Pathankot in Punjab and ends at Joginder Nagar in Himachal Pradesh. Thereby it covers a length of 160 Km. Those who intend to visit Kangra by rail must get down at Kangra Railway Station.

Mostly passenger trains run through this stretch. This means that the trains stop at all stations lying between Pathankot and Kangra. Although it takes longer to travel via rail, the route covers some picturesque portion of the valley. This is especially true about the stretch lying between Magwal and Kangra. Here one is mesmerized by the beauty of the River Ban Ganga. 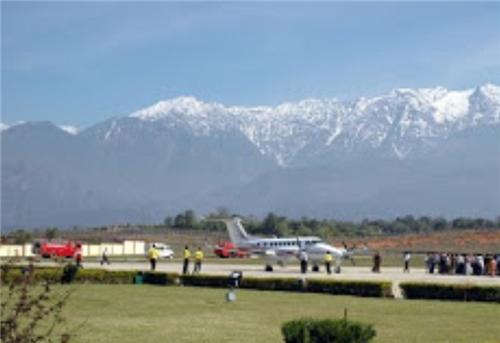 Kangra is also approachable by air. The airport in Kangra is located at a distance of eleven kilometers from the city on NH 20. The area, known as Gaggal, has an average elevation of 2525 ft and a total area covering 126 Acres.

The airport has one 1672 meters long and 300 meters wide runway made out of asphalt. It also has 200 ft by 300 ft apron suitable for parking two turboprop aircrafts.  The terminal building can easily accommodate one hundred passengers.  Air India, Spice Jet and Jagson Airlines operate regular flights from Gaggal Airport.  For any enquiry you can write to the Director of the airport at the following address:

It is to be noted that the airport at Gaggal is variously referred as Gaggal Airport, Kangra Airport, Dharamshala Airport.  The IATA Code is DHM. Most of the flights are scheduled for Delhi. While they are few flights scheduled for Mumbai or Pune, with stoppage in between, they take too long to reach. It is faster to fly to Delhi from Kangra and then catch connecting flight.

Flights from Gaggal Airport to Delhi

Following are some of the scheduled flights from Kangra Airport to Delhi: