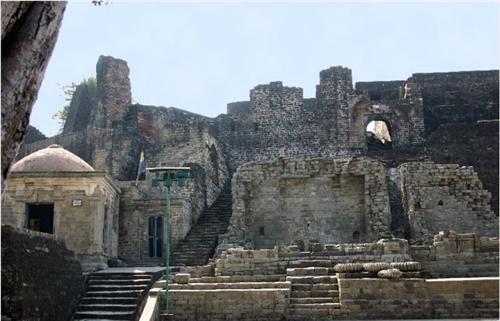 Although experts do not consider the epic of Mahabharata or the Puranas written by the great sage Vyas Deva to be historical documents many others are of the opinion that these books have some elements of truth based on which stories had been woven. If that is true, history of Kangra dates back to the Mahabharata period and beyond.

It is to be noted that Kangra was not the original name of this town. In the ancient time the land was called Trigarta. Later when the kot or fort was built in the Old Kangra region, the area began to be known as Nagarkot. At some point, the town was also referred as Bhimagar after the third Pandava Bhima.

Now, why all of a sudden the name of the town changed into Kangra? If you look at the above picture taken from the top of the Kangra Fort, you will find that the spur looks like a human ear. Now, ear in local language is Kan and because of it the town began to be known as Kangra.

Let us now go back to the ancient history of Kangra aka Trigarta aka Nagarkot. In Brahmand Puran, there is a mention of one Rajanaka Bhumi Chand. The Katoch dynasty, which had ruled over Kangra since time immemorial is said to have originated from him. In short, he was the first recognized ruler of of this region. If the claims of some members of the family are to be believed, the kings of Trigarta also fought against Lord Rama.  The epic of Mahabharata also mentions the kings of Trigarta as a close ally of the Kauravas.

It is said that the kings of Trigarta were friends of the Kauravas of Hastinapur and sided with them in their expedition against King Virata as well as in the Great War at Kurukshetra. Raja Susarma, one of the minor characters of this great epic, was one of the kings who ruled over this beautiful land. In short, the root of the dynasty that ruled over the area we now call Kangra is embedded deep into the history. There is no way to verify them.

The first recorded mention that we find about this state is in the War Records of Alexander the Great. That was in 326 BC. Panini, the great scholar of 4rth Century BC, also mentions Trigarta and its rulers. In all probability, at that time, Kangra was a part of a loose confederation consisting of six states. Each of the states was probably ruled by kings of the same Katoch dynasty. Later, some of these kings may have shifted to other areas. However, their reign continued uninterrupted in their original homeland in Kangra. 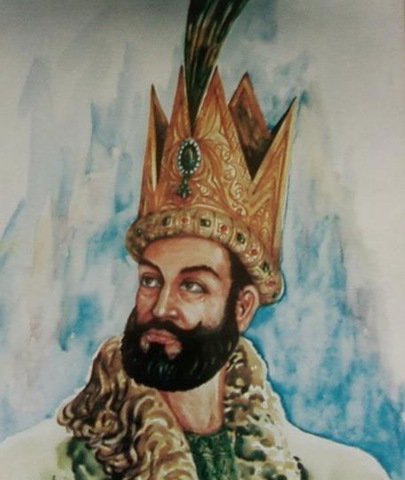 Life in Kangra was more or less peaceful for centuries. Under the protection of powerful Kangra kings, the people led a peaceful and prosperous life. The Brajeshwari Temple located near the fort was one of the richest temples of the area. The first Muslim onslaught that the town had to face was in 1337. That year Mahmud of Ghazni came like a meteor plundering and destroying not only the temple, but also a large part of the town. He captured the fort and left a garrison there before he proceeded on his journey.  It is said that he also built a mosque in place of Brajeshwari Temple.

It took almost thirty-five years for the Kotach Kings to gain control over Kangra once more. The king repaired the temple sanctifying it. He also tried to strengthen the fort. However, the peace was not to last long. Soon, Muhammad Bin Tughlaq had his eye on Kangra, but it was his son Firaz Shah Tighlaq, who attacked the town in 1351. This time to the riches of the Brajeshwari temple was the main target. Most probably he could not capture the Kangra Fort. Coinage circulated by King Rupchand and his descendents is pointer to the fact.

Conflict with the Mughals 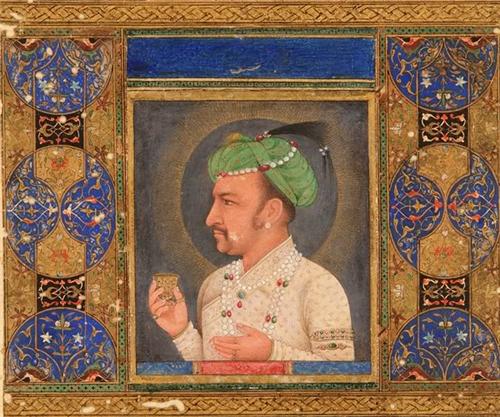 Although region faced repeated Muslim onslaughts, for the time being Kangra was spared to a large extent. Then the era of Mughal Emperor Akbar set in. Initially from 1526 to 1556, the Rajas of Kangra along with some other local chieftains tried to resist him; but later they offered him alliance and Akbar rendered the Raja of Kangra the title of Maharaja. However, the conflict with the Mughals did not end with that. It surfaced again in the beginning of seventeenth century. In 1620, Jahangir attacked Kangra Fort and lay seize of the town for fourteen months. At the end, Jahangir captured the fort and left a garrison of troop to keep control over the area.

Although Maharaja Bhimchandra tried to dislodge the Mughals with the aid of Guru Gobind Singh ji, the real credit goes to Maharaja Sansar Chand Katoch (1765 to 1823). He not only regained the control on Kangra, but extended his territory from there. Under him Kangra not only became a powerful state, but also a centre of art and culture. However, he was too much ambitious and this brought him in conflict with Gorkhas of Nepal. 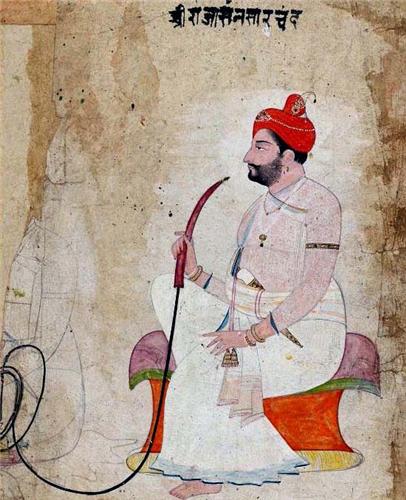 The Decline of Kangra as an Independent State

Frightened by his conquests, the Gorkhas teamed up with other states humbled by Sansar Chand. In 1806, they attacked Kangra with full force . Sansar Chand lost all his territories except the areas adjacent to Kangra. Since the enemies could not enter the impregnable Kangra Fort, they lay seize on it. When the provisions at the fort were almost exhausted Sansar Chand contacted Maharaja Ranjit Singhji of Punjab. Although he helped to ward off the enemy, he laid claim on Kangra and it became a part of the Sikh Empire.

With the decline of Sikh empire, Kangra became a part of the British Empire in India. Although Raja Parmodh Chand, the grandson of Raja Sansar Chand tried to recapture Kangra, he was highly unsuccessful. Kangra became a district headquarters under British rule and troops were garrisoned at the fort. However, such an honor was also short lived. In 1855, the administrative headquarters for the district was shifted to the cantonment at Dharamshala. Kangra became just a sub-divisional headquarters under Kangra district. In 1905, a deadly earthquake shook the town. A large part of Kangra including the impregnable Kangra fort was largely destroyed and many lives were lost.

After the British left, Kangra became a part of independent India. Initially, Kangra, along with the rest of the district was a part of Punjab Province. It was only in 1966, the area was transferred back to Himachal Pradesh. By and by infrastructure and monuments destroyed by the earthquake have been restored. Kangra today is one of the most popular tourist spot and a sub-divisional town in Kangra district in Himachal Pradesh.