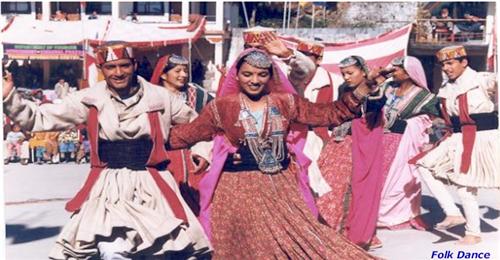 Many people are of opinion that the Katoch kings who ruled Kangra since time immemorial are the descendents of Ghototkotcha, the son of Second Pandava Vima and his Non-Aryan wife Hiramba. How far that is true nobody actually knows, but it is a pointer to the fact that the culture in Kangra grew out of an amalgamation of Aryan and Non-Aryan traditions.

In fact, it is believed that after being prosecuted by the invading Aryans, a Non-Aryan tribe called mon khemer (Kitrat) sought shelter in this part of the state. The proof of this is found in stone edicts in the Baijnath Temple located around 54 Km from Kangra Town. The inscription in Sharda script refers to the establishment of Kir Village. However, the tribe later moved out of Kangra leaving space for others. Now they are settled in Lahul spiti, Chamba and Pangi.

However, folklore refers to the constant conflict with the Aryans. It is said that Kangra kings here had even fought with King Rama of Ayodhya. That they were friends of Duryodhona and tried to capture the cows of King Virata of Matsya is also a well accepted fact. In fact, one comes across many such pre-historic socio cultural beliefs that have definite influence on the culture of Kangra.

Although the official language of Himachal Pradesh is Hindi, people here speak a dialect called Kangri. Basically, it is an Aryan dialect related to Dogri. Because of close cohabitation, the language has also been deeply influenced by Punjabi. To add to the confusion, Kangri is classified as Western Pahari.

Music is a part of life in Kangra. People here burst out in songs whatever is the occasion. Consequently, different genres of songs have developed over the years. Some celebrates births while others celebrate weddings. Some like Pakharu, on the other hand, depict the pain of separation. They are so popular that even on happy occasions women sing four or five ritualistic songs and then switch to Pakharu. Besides there are Barsati sung by women engaged in agriculture and Dholru sung by the basket makers of Kangra. All these genres of songs are always sung in chorus. Because of their repetitive nature, they are not at all hard to follow.

Among the dances of this region, Jhamakada is most popular. This form of dance is also known as Nanoo Vinayaka and Navami ka Swang. It is a group dance performed exclusively by the ladies. Earlier men were not even allowed to watch it and if they were caught peeping in they were punished by the dancers.

Jhamakadas are generally all night affairs and are performed during wedding or thread ceremonies.  These dances generally depict the different incidents of life. Dancers often dress up as men. Rhythmic songs and percussion music accompany these dances. Besides Jhamakads, Gidha and Chanderwali are two other dance form of this region. Among them, Gidha are for  womenfolk and Chanderwali for men. Because close connection, Punjabi dance form Bhangra has also become very popular here. 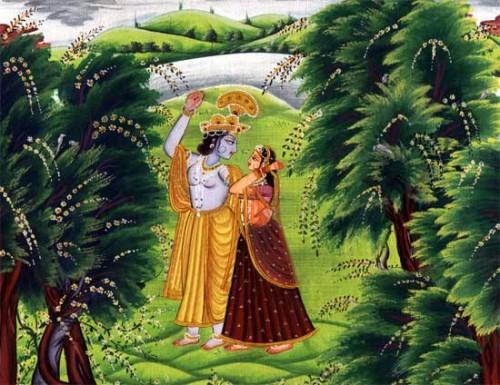 Paintings of Kangra are famous all over the world. This form of art has grown under the patronage of the Katoch kings, especially Raja Sansar Chand. It is a form of Pahari Painting prevalent in the hilly regions of India.

Clay dolls of Kangra are also famous all over India. These dolls represent the traditions as well as the way of life in Kangra. Dolls representing Lord Shiva and Mata Parvati are quite common. Moreover, some of the dolls are also modeled after different kings and queens of yore. Potteries made in this region is also quite famous.

Influx of Tibetan refugees in the neighboring area has also left an influence on the art of Kangra. Many artisans also earn their living by making Tibetan artifacts. Hand-woven blankets and shawls of this region also have a great demand all over India.

Fairs and Festivals in Kangra

Just as in rest of Himachal Pradesh fairs and festivals are part of life in Kangra. Bisowa (Pahari for Baishakhi) is an important festival here. Chet, celebrated on the first day of the month of Chet is believed to bring in happiness and prosperity. Then there is the Spring Festival celebrated in the middle of April. Besides, Hariayali, Sair, Navratras, Shivratri, Nawala are also celebtrated with gusto in Kangra.

Among the fairs that take place in Kangra, the most important is one that is held during the Makar Sankranti at Brajeshwari Temple. It lasts for seven days and devotees from across India comes here to attend this fair.