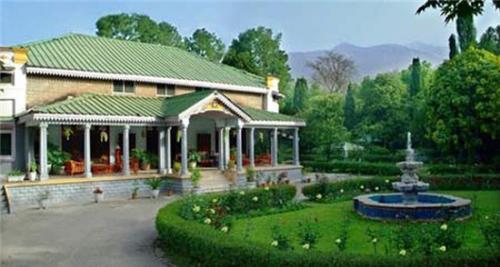 Kangra is a sub-divisional town and a tehsil under Kangra district of Himachal Pradesh. Since the administrative headquarters of the district is located at Dharamshala, all major administrative work in Kangra town is controlled from there. The most important officer posted at Kangra town is the Sub Divisional Magistrate or SDM. He works under the direct supervision of the office of the Divisional Commissioner located at Dharamshala.

In addition, Kangra also has a municipal council who takes care of the civic amenities offered to the citizen. Although executives and judiciary has been separated in the higher echelon, in the subdivisional level, the courts are very much a part of the administration. Therefore, when we talk about administration in Kangra town, we must consider all of them.

Administrative Set up in Kangra

As we have already said, the senior-most officer in Kangra is the Sub Divisional Officer or SDM. Besides there are Tehsildars, Block Development Officers and other administrative staff to aid him in his work.

Role of the SDM in Kangra:

Although the SDM has to work under the direct supervision of the DC his role in the administrative set up is no less significant. Just as the District Commissioner, he has a diverse role to play. He not only collects revenue, hears appeal and tries cases, but also acts as the eye and ear for the government. He has to travel extensively throughout his jurisdiction inspecting and supervising administrative work, ascertaining the villagers’ needs and grievances. In fact, the SDM in Kangra is a link between the District Commissioner and the junior officers under him.

Although law and order is mainly a police matter, the SDM too has a role in maintaining peace within his jurisdiction. For example, in case of an unnatural death, the SDM has to enquire into the cause of the death and take the necessary action. In case of any natural or manmade disaster, it is the SDM who generally takes the first action. Therefore, we see that the SDM in Kangra plays a diverse role.

Following is the office address and phone number of Sub Divisional Magistrate Kangra:

Phone no of other administrative officers in Kangra

Some other important phone numbers that may come handy:

As we have said, the SDM in Kangra works under direct supervision of the District Commissioner posted at Dharamshala. However, because the DC is the ultimate appellate authority in all cases one may have to contact him sometime or the other. Following is the contact details of DC, Kangra.

Moreover, the following phone numbers can also come handy at times. It is to be noted that all the following officers are posted at Dharamshala, not at Kangra:

As in any other sub-divisional town in India, the civic amenities are provided by a Municipal Council elected by the residents of the town. However, the work of the Council is controlled and monitored by Directorate of Urban Development established by the Government of Himachal Pradesh in 1986.

For the sake of administration, the Municipal Council has divided Kangra into 9 wards, each of which is represented by an elected representative. Besides, it also has a President and a Vice President to look after the overall policy planning and supervision of work. In case of any emergency, one may contact them at the following details:

There are two courts in Kangra. They are as follows:

Apart from the judges, each of these courts has a civil and criminal Ahlmad to deal in the civil and criminal cases pending in those courts. Besides, there are Naib Nazirs to deal with financial matters and Copyists to supply copies of the courts to the parties concerned.

It is to be noted that these courts are subordinate to the District and Session Judge located at Dharamshala and their jurisdiction is confined to Kangra Sub Division. Therefore, anybody wishing to appeal at the higher court or get any redressal at consumer court must visit Dharamshala.